A message about COVID-19 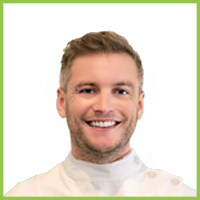 Originally from Co Down, Ireland, Dr Ryan Sherry moved to Scotland to study Dentistry at the University of Glasgow.

After graduating, Ryan spent a year as a vocational trainee in the Glasgow suburb of Easterhouse, where he built on the foundation skills he had acquired during his undergraduate studies. He then spent a year as a Senior House Officer for the NHS in Greater Glasgow and Clyde. The placement involved work in specialist referral centres for geriatric, paediatric, adult and children’s special needs, adult and children’s conscious sedation, and general anaesthetic. He subsequently spent six months as the SHO in a consultant-lead endodontic referral clinic. During this time Ryan deliberately varied his experience to strengthen his background in general dentistry.

Ryan is a member of the Royal College of Physicians and Surgeons (Glas).

Meet the rest of our team

Latest from our blog